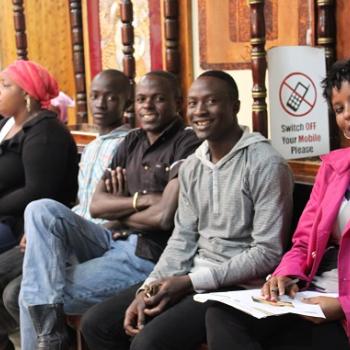 High school is too expensive for most African families, so instead of continuing their education, most teenagers are being pulled out of school and getting married off, or they are simply left to their own devices with little or no adult supervision. As a result, most of these teens are more vulnerable to risky sexual behavior, and ultimately to contracting HIV or other sexually transmitted diseases (STDs). The School Fees Program was created in 2000 to allow the parents/caregivers to remain engaged in the education of their children, while providing the necessary support and assistance. The students who receive the assistance are nominated by the priests and the committee in each church, and are selected based on a number of factors including financial need, active membership in the church, ability to maintain good grades and good behavior in school.

All the students sponsored by the program are mentored by servants in the church who follow up with them on progress at school, emotional needs and spiritual needs. The students also participate in a monthly spiritual day, which is an opportunity to continue to grow in their faith, and become more connected to the church community. 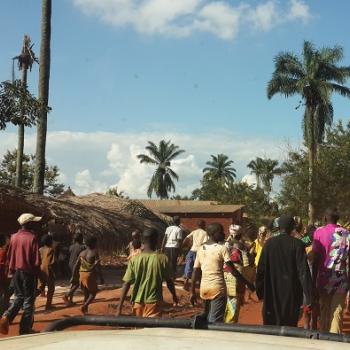 Daily faced by the ugliness and the tragedy that is the AIDS epidemic, a group of servants got down on their knees and cried out to the Lord. They needed to find a way to face the calamity head on. Soon the Lord began to reveal certain realities to them. They began to observe that people in rural areas had very few options when they had time on their hands, nothing to meet their social needs and as a result they gave into temptation. This time resulted from unemployment, dropping out of school or simply too much spare time during the school holidays.

Soccer, or as it is better known in Africa, football, is extremely popular but many of the boys can hardly even afford a real ball. Instead, they use balls made of rolled up trash and they play barefoot on rocky fields, resulting in a number of injuries. As the servants continued to pray for a solution, they came up with an idea for a sports ministry and soon they began organizing a soccer tournament. The tournament spanned five weeks, featured nine teams, totaling about 200 youth from all the local villages, and drew in a huge crowd. When the trophies were given out, it felt like the Olympics as the boys kissed their medals and proudly held them up in the air.

Before each game, a servant would spend about 30 minutes preaching the Good News to the players, and it was also an opportunity for them to talk about HIV/AIDS, how it is spread, and how serious it is.