What is the Coptic Orthodox Church? 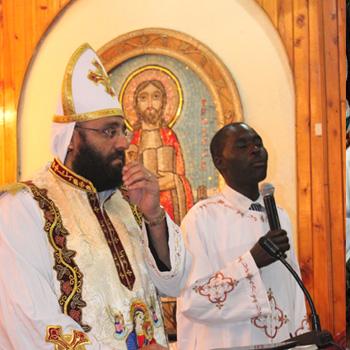 The Coptic Orthodox is the oldest church in the world. It was founded by St. Mark the Evangelist, author of the second gospel in Alexandria, Egypt in the year 61 A.D. The word “Copt” means Egyptian. Copts are the native Christians of Egypt and the direct descendants of the ancient Egyptians who were converted to Christianity by St. Mark.

Who is the leader of the Coptic Orthodox Church?

His Holiness Pope Tawadros II, enthroned by the Coptic Orthodox Church on November 18, 2012, is the 118th Pope of Alexandria and Patriarch of the See of St. Mark. Pope Tawadros studied to be a pharmacist, but after he graduated from Alexandria University’s Faculty of Pharmacy, he decided to dedicate his life to God.

In 1983, he graduated from the Coptic Church Clerical College, and over the years he transitioned from being monk, to priest to general bishop, and today pope of the Coptic Orthodox Church. Even as he moved through the ranks of the church, His Holiness never stopped pursuing formal education getting joint degrees in pharmaceutical engineering, business administration and Christian education. He has also authored 12 books on Christian theology.

What is the history of Coptic Orthodox church in Africa?

＋In 4th century, two monks came from Egypt to Ethiopia. They spread gospel and baptized many people, and church started to be established in Africa. One of them was ordinated as bishop of Ethiopia, Anba Salama;

＋In 1976, His Grace Martin Antonuos Markos came to Kenya and established churches and ordinated African priests. After that, he went to Zambia and Zimbabwe to establish churches there.

＋In 1992, His Grace Bishop Paul came to Africa as a missionary doctor, first worked in Kenya then South Africa where he was ordinated as a priest then a bishop in 1995.

＋In 1997, Bishop Paul continued the work which Bishop Markos began, with more expansion of the mission in Kenya, Zambia, Tanzania, Congo and Nigeria.

Thanks to God, we have more than 100 churches and 6 mission hospitals (including 2 giant hospitals, 240 beds in Kenya and140 beds in Zambia), 3 community schools in Zambia,1 big homeless program in Kenya(Raha Kids), 2 international schools in Congo in addition to giant programs for orphans, widows; 8 HIV programs caring for HIV positive patients(35,000 patients in Kenya, 9,000 in Zambia and 3,000 in Tanzania); School fees programs which help our children to get all types of education, subsidizing by the church. We are also offering job opportunities to thousands of people.

What does the Coptic Orthodox Church believe?

First and foremost, the church believes that the Bible is the inspired word of God, to be followed according to the interpretation of the early church fathers. The church upholds all the beliefs stated in the Nicene Creed of 325 A.D., including a belief in one God, Father, Son and Holy Spirit; in Jesus Christ who took human flesh, died and rose to save us from sin and death; that in His second coming He will judge all and His Heavenly kingdom will be forever; in one universal, apostolic church and; in one baptism for the forgiveness of sins.

The church believes in seven sacraments which are mysteries through which the Holy Spirit imparts grace to the believers.

1.Baptism
Mark 16:16 He who believes and is baptized will be saved;but he who does not believe will be condemned.

John 3:5 Jesus answered, “Most assuredly, I say to you, unless one is born of water and the Spirit, he cannot enter the kingdom of God.

But you have an anointing from the Holy one, and you know all things. I have not written to you because you do not know the truth, but because you know it, and that no lie is of the truth. Who is a liar but he who denies that Jesus is the Christ? He is antichrist who denies the Father and the Son. Whoever denies the Son does not have the Father either; he who acknowledges the Son has the Father also. Therefore, let that abide in you which you heard from the beginning. If what you heard from the beginning abides in you, you also will abide in the Son and in the Father. And this is the promise that He has promised us-eternal life. These things I have written to you concerning those who try to deceive you. But the anointing which you have received from Him abides in you, and you do not need that anyone teach you; but as the same anointing teaches you concerning all things, and is true, and is not a lie, and just as it has taught you, you will abide in Him.

3. Repentance and Confession
1 John 1:9 If we confess our sins, He is faithful and just to forgive us our sins and to cleanse us from all unrighteousness.

His Holiness Pope Tawadros II, enthroned by the Coptic Orthodox Church. The main worship service in the Orthodox Church is the Divine Liturgy celebrating the Eucharist. The liturgy is the story of humanity’s redemption. It is told regularly in order to remind believers of Christ’s work to reconcile the world to God, so that all may be led to repentance as they partake of His body and blood. The most commonly used liturgy in the Coptic Church was written by St. Basil the Great in the 4th century. The liturgy is usually celebrated on Sunday (the Lord’s day), but may also be celebrated on any other day of the week. In addition to the Divine Liturgy, the church holds Bible studies, youth and family meetings, Sunday school classes, fellowship and spiritual conferences for all ages.

What is the Coptic Orthodox Church’s role in mission?

The Coptic Orthodox Church is known historically for its contribution in relieving poverty, sickness, suffering of people spiritually and physically. The ancient fathers leave rich heritage in the field of literature, spiritually and wisdom, helping to strengthen the faith of African people very much.

Who can join the Orthodox Church?

The Kingdom of God is for everyone! Although the Coptic Church was founded in, and has its home, in Egypt, today there are thousands of Orthodox churches all over the world, with millions of believers from diverse ethnic and cultural backgrounds. We believe that all nations, tribes, peoples, and tongues should stand together to worship before the Lord as we see in Revelation 7:9

After these things I looked, and behold, a great multitude which no one could number, of all nations, tribes, peoples, and tongues, standing before the throne and before the Lamb, clothed with white robes, with palm branches in their hands,(Revelation 7:9)

Why should I attend church?

Christ never intended for any of His followers to be alone, but rather that they should exist and worship in community with one another forming one body – the church. (Acts 2 & Ephesians 4). We believe in the church we find life, love, and liberty from sin. The church is a family and a place not to be judged for our sins but to be saved from our sins. God is love and the church should continue to spread His love to all people.

Our Locations in Africa 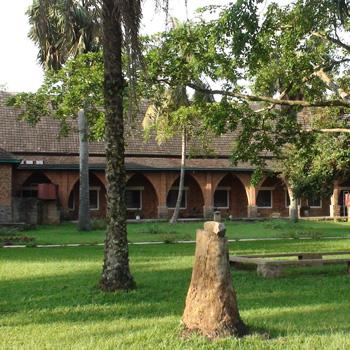 KENYA
The first Coptic Orthodox Church in Kenya was established in Nairobi, in 1976, and by the grace of God, it has grown tremendously over the years. Today Kenya has 50 churches, shepherded by 15 priests and 260 deacons. There are a number of projects and ministries in Kenya including the Coptic Hospital and Hope Center in Nairobi, the Orphans Project, the Street Children's Projec (Raha Kids), the Theological School and much more.

ZAMBIA
The first Coptic Orthodox Church in Zambia was established in Lusaka, in 1987. Currently His Grace Bishop Paul and 5 Priests lead the Zambian mission. There are now 6 churches located in Lusaka, Chipata, and Mungule Village. There is also a Mission hospital, the Hope Center caring HIV patients, 3 Orphan schools, St Anna Widow’s program.

CONGO
The first Coptic Orthodox Church in the Democratic Republic of Congo was established in Lubumbashi, in 1997. Today, there are 20 churches in Lubumbashi, Kananga, and Masuika served by 9 Congolese priests and about 80 deacons serving over 2,000 believers. Two additional projects in Congo are the widow’s program and three international schools and an HIV wellness program.

NIGERIA
The first Coptic Orthodox Church in Nigeria was established in Lagos, in 2005. 4 new churches were established in 2006 in Calabar, where most of the Coptic community live and work.  We have rotating priests, deacons, and full time servants covering the mission in Nigeria. A new Coptic Centre has been built in Calabar. The mission is growing and needing missionaries to come and serve. 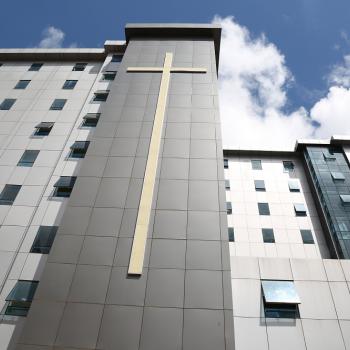 We are located along Ngong road next to china place Nairobi, Coptic hospital is a modern 220 bed facility which is home to highly skilled and experienced specialists and professional medical staff. We boast of excellent standards, high quality of services and personal care. We operate under the umbrella of the Coptic mission, the scope of the Coptic mission includes the main hospital, industrial area, Lusaka Zambia and opening soon in Tanzania,

At Coptic hospital we are a model in our field and our outstanding core value is Care, as we care for the dignity and affordability of health care to our patients. We are home to highly skilled and experienced specialist and professional medical team.

We set the standard for high quality services and personal care that operates for 24 hrs., inpatient and outpatient services. The founders had a vision of establishing a haven for the ill to experience quality care, compassionate service and inclusivity. With time, through hard work and painstaking endeavor, the vision broadened from a mere hospital to fully fledged specialty.

The vision, determination and selfless concern for the well-being of the community that characterized the nursing home’s beginnings, still drive the hospital. Today, Coptic is a multi-specialty hospital covering every segment of medicine including Stroke Centre besides offering cancer treatment to patients. The hospital is now one of the most respected and established institutions in Kenya providing professional medical, nursing and rehabilitative care. The focus has and always remains patient-centered care driven by the values of the Coptic mission.

We realize that the world needs more than just a doctor. We express our care for the community in a variety of programs.

We deliberately aim to nurture a sense of confidentiality, professionalism and reliability with our patients as a way of establishing trust in our services through honesty and interaction.

We are Observant on how we treat patient, staff and society at large a core aspect of how we conduct our relationship in each service that we offer.

It’s always been our conviction that we ought to provide medical care and medical services with love and care.

As a healthcare facility our success and the patient’s relief is hinged on proper collaboration and communication as well as interaction at all levels.

We believe in our ability to provide not just competitive research and services but competitive prices too for all patients under our care.