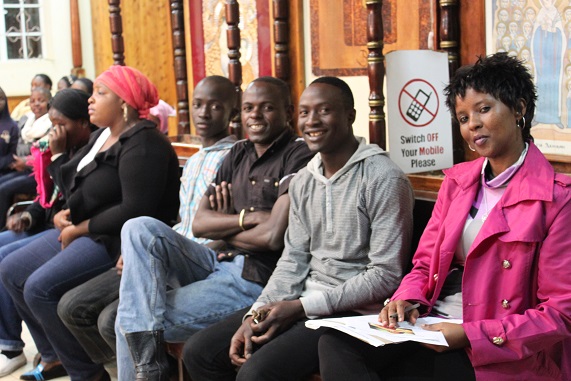 The Coptic Mission is pleased to say that the Coptic football team successfully completed the Mentor Soccer League tournament that took part from November 2014 to March 2015. The team did fairly well considering it was the first tournament they participating in.

The league truly helped the team members establish a wonderful relationship with themselves as well as the mission itself. The most important thing is that the team has gained spiritually by attending the weekly Bible Study, this has brought so many players closer to God. We continue to show our deepest gratitude to all who are involved for their constant support We are looking forward to more tournaments ahead by the grace of God and thanking the. We thank the Almighty God for His grace and for always opening more doors for the mission to reach out to the communities we are serving.

The children of St. Moses group was started in October 2013 during visitations in Maseno.We noticed that a number of youth had dropped out of high school and were becoming increasingly vulnerable to negative influences and in particular drug and alcohol addiction.